Outside the Box Challenge 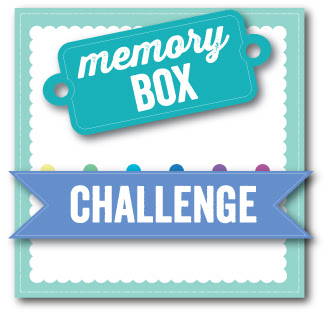 I just found out on Tuesday Morning that Memory Box has a Challenge every month on their blog!  Who knew?  I was checking out some other blogs and came across a card that had a link to a current challenge called "Outside the Box".  It was then that I realized it was a monthly challenge over at Memory Box.  At this time, I don't have too many Memory Box Dies and to participate, you must have one.  So I quickly looked through my dies and figured out a quick card to make for this challenge.

The die I used for my card today is no longer available, so don't go looking for it in a store.  You might find one on e-bay or wherever.  But, it's been a few years since I got this specific die, so that would probably be your best bet.  Anyhow, this die is called Poinsettia Gift Die.

I started my card by creating a 5.5 x 4.25 inch top folding card base from pine colored cardstock.  Next, I die cut the largest Pierced Feature Frame: Rectangle from white shimmer cardstock.  Then I die cut the poinsettia gift die 2 times - once from shite shimmer cardstock and the other from Red Satin Cardstock.  I inlaid the petals into the opposite colored piece and then placed one vertically and the other horizontally so that it would look as if I had a wrapped present.  It takes a few minutes to do the inlay, but not much.  I had already attached the frame to the card with Scotch Foam Tape, but next time, I would attach the ribbons to the frame and then the frame to the card base.  I had to remove selective pieces of the foam tape to keep everything flat.  That's because I fly by the seat of my pants sometimes and I didn't plan that far ahead, but now I know.  *Ü* 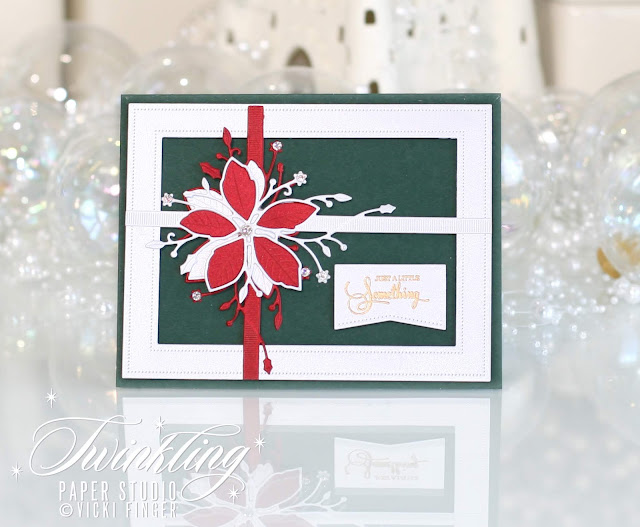 After that, I cut a cute little tag from The Greetery Sentiment Suite Die and a little Sentiment from a Papertrey set to stamp and heat emboss on the tag.  Once I had everything assembled, I added some jewels to the card in the center of the poinsettia and the tiny flowers that are branching out. 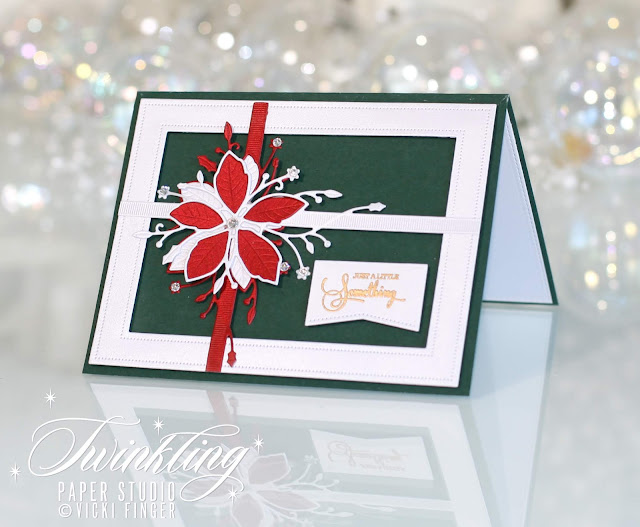 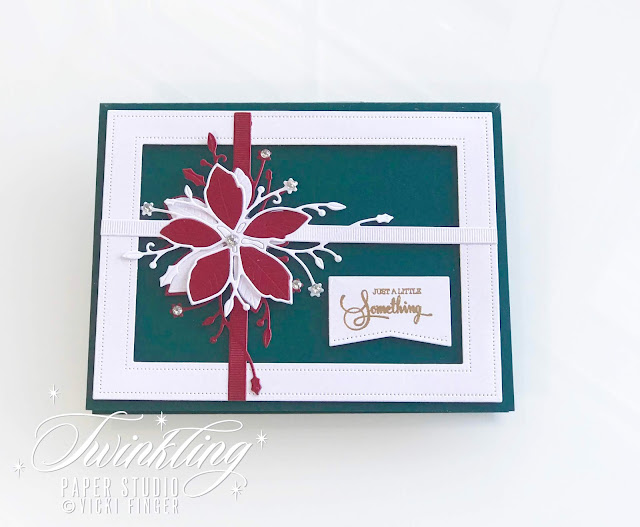 Thank you so much for stopping by today.  I hope you enjoyed this fun little card as much as I did.  I'll try later in the day to get a better picture of the little gems in the sun so you can see the sparkle. 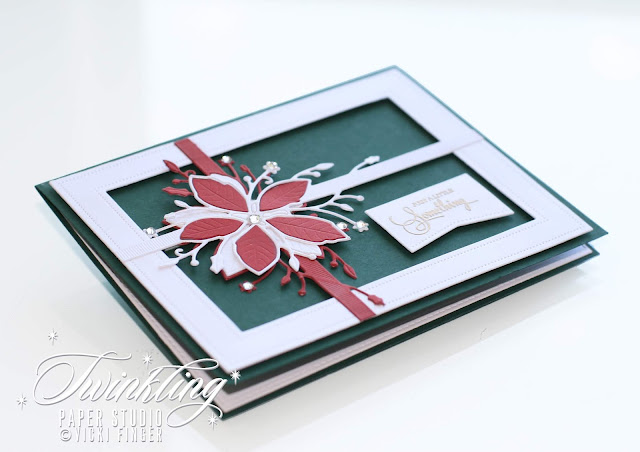 This was actually the best picture I could get today because the sun keeps going behind the clouds.  I'm not complaining because we really need the rain.  I think you can see the dimension a bit better here but not really the sparkle.  Trust me, those gems definitely sparkle!
Posted by Vicki Finger at 11:38 AM