Hello, friends!  First off, I want you to know that I will be out of the Studio for most of February, but I will be back in full swing by March!  The first part of the month, my husband and I are going on a cruise to the Caribbean. Considering what's coming down the pike for me next, I am planning to enjoy it to the fullest.

Some of you already know that I have Multiple Sclerosis (MS).  I have been on several treatments for this, which are not working.  It is a somewhat sticky situation because I already do what is called a "Biological" for my RA.  In 2014, I was on two different biologicals, plus Methotrexate, which is Chemo in pill form.  The combination nearly killed me when I caught a cold and developed severe complications and almost died from said cold.  This past year has been a very tough one for me physically with a lot of pain involved, and we have to do something as my MS is progressing, so we can't continue to do nothing.

Beginning on January 10th, I'll be starting a round of infusions that will be all day, for 4 days in a row and will give me flu-like symptoms for up to two weeks following the conclusion of this first round of infusions.  So, you'll notice that I won't be posting or around much for the next month.  But after this initial treatment of multiple infusions, it will be one infusion, once every 4 weeks, so I'll get back in the swing of things after that. I hope you'll stick with me while I take some time away to attend to my health situation. 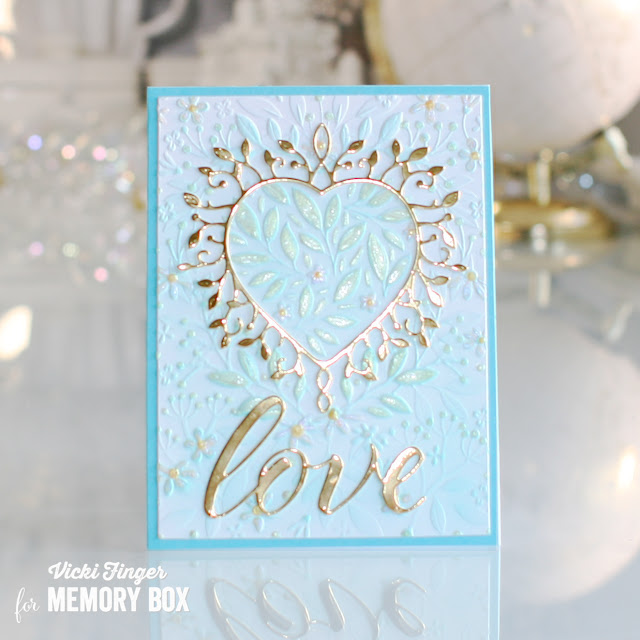 Today's Memory Box project uses Card Stock, Nuvo Dream Drops, and the gorgeous Heart Bouquet 3D Embossing Folder, the Love Airy Script, and one of the dies from the Champagne Heart Dies.  It is simply stunning by itself, but I wanted to create a jazzed-up version for you doing a technique that I developed not too long ago where I "paint" with Nuvo Drops onto the embossed parts of the card stock. I'm just using the tip of the bottle for my paintbrush.

For whatever reason, I have found the consistency of the Nuvo Dream Drops to work the best for this technique.  The Regular Nuvo Drops seem a bit thicker and they don't level out as much as the Dream Drops which are all iridescent in color. I was hoping they would add some new colors to this year's offering, but so far that hasn't happened.  The six colors remain Cloud 9, Fairy Wings, Gold Luxe, Love Potion, Indigo Eclipse, and Dragon Scales.

This technique is very easy, but it does take some time and I would recommend practicing before you do a full-on project.  I love this folder, so I really wanted to use this technique.  Start by misting your cardstock with water only on the front and back to keep your paper from cracking and help get a really crisp design.  This folder works better with a heavier weight card stock.  I used 110# Cougar Super Smooth Digital White cardstock. 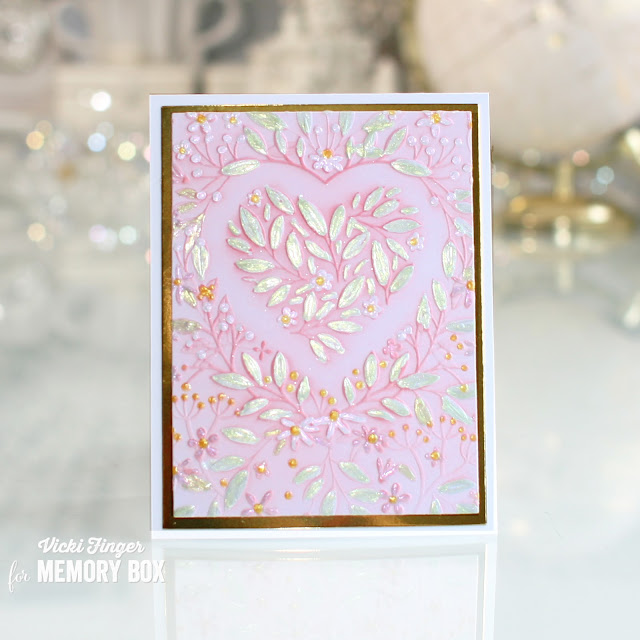 Once the cardstock is completely dry, I use a blending brush to go over it in a color from the same family.  This creates the darker shadows.   Once that is done and dry, I start painting with the very tip of the Dream Drops Bottle.  Since the drops are self-leveling, they kind of spread out a bit and show some of the leafy details as well as some of the flowers better, making it easier to paint.  The wreath is so pretty by itself, but this is a great way to focus on just it, and if you want more, you can add a die-cut or two, to the card as well.

Here are some more examples for you of the card done in aqua. 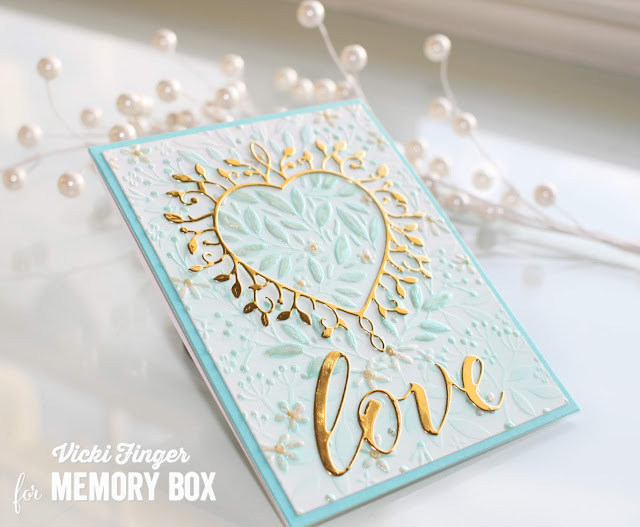 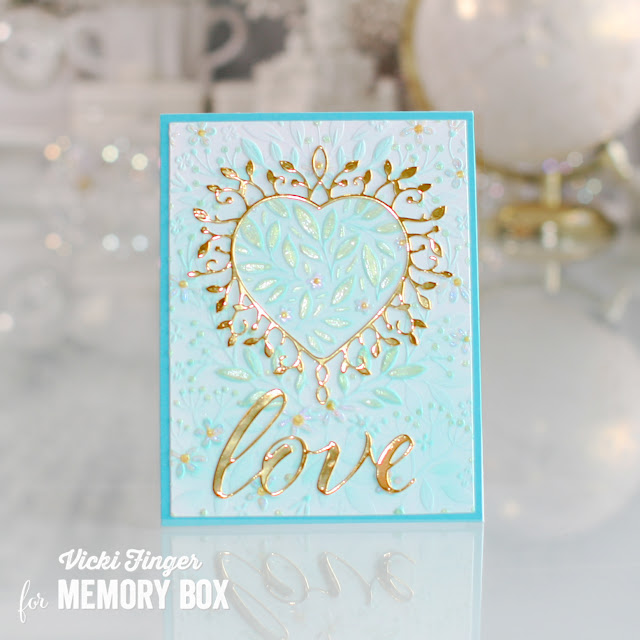 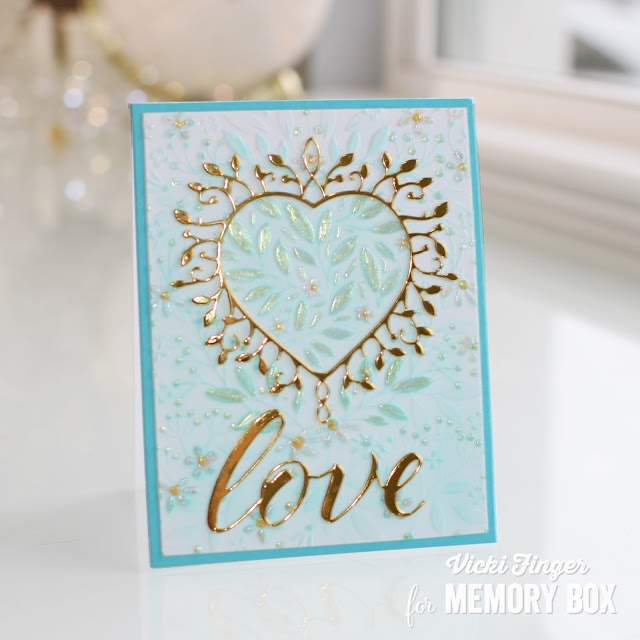 And also a few views of the pink one where I am not putting a sentiment on it as of yet.  I'm not sure who I'll send this to, so I want to hold off on that until I decide. 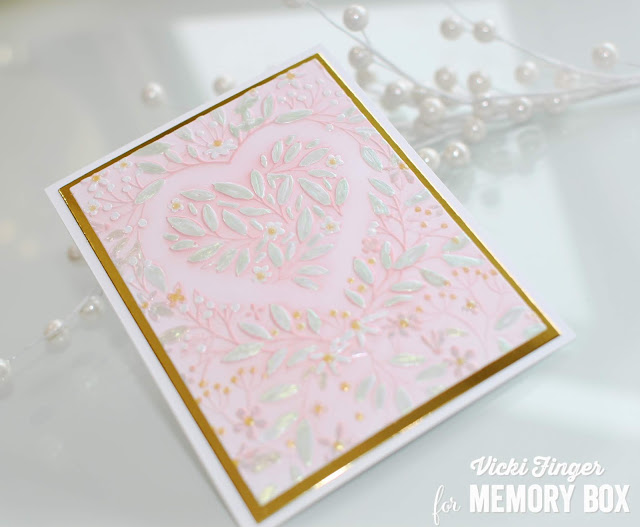 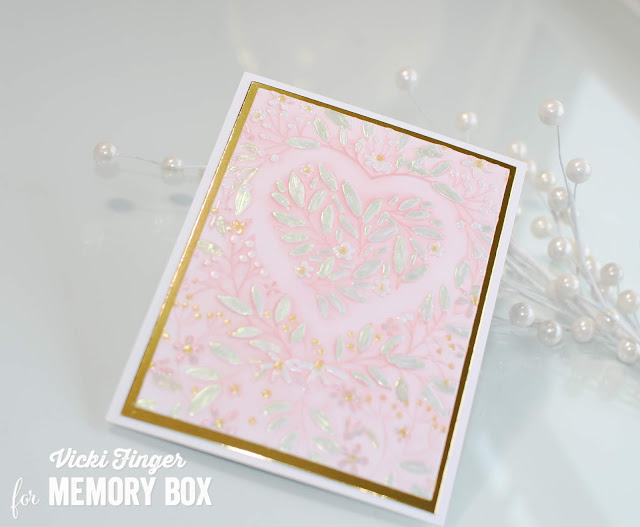 This card has quite a bit more details that have been painted, so I will want to keep the sentiment simple.  This is a quick post, but as I said, I hope you try out the technique.  I have some other ones I want to try as well, but it will be several weeks before I have time.  I apologize again that I just haven't had very good light to work with for my photos.

I'll be back and the end of the month with new projects for you.  See you then!