Altenew Educator - With a Twist 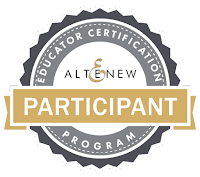 As I continue working through my classes for the Altenew Educator Certification program, I'm finding new ways to look at things and this class was definitely a new way of thinking about color and in fact so many, that I made four cards as a result of the class.  In the beginning, I wanted to do something very tone on tone like Terese's Day one card here pictured here.  I wanted to do the same kind of feeling only in a masculine version as one of my brothers has a birthday coming up next week.  So while I used similar colors, I wanted something a little more graphic and masculine for him.  I feel like I have learned so many new spins and each and every person has a different style.  While some things may be similar, there's just always a special touch you can add to what you are doing to give your cards your special signature.  In my case, it's usually gold and/or gems.

I try to keep most things that are going through the mail to a minimal amount of thickness although I do enjoy those occasions when I will be hand delivering something because I can make it as dimensional as I like.  One of my friends that I like to send cards to has a postmaster that insists that the postage is for a package not an envelope.  Using a padded mailer does not make it more expensive which is what her postmaster tells her.  If it fits through the slot on the plastic template they have at the post office, it is regular mail, even with embellishments.  The only reason I put it in a padded mailer was because of the embellishments.  When she got her birthday card, she had to go bail it out of jail for an additional $2.85 cents in addition to the $2.00 in postage on it. It had arrived without two of the stamps and none of the stamps had been canceled at all.  Wouldn't that just suck all the fun out of getting a birthday card in the mail?  It would for me.

Anyhow, I decided to start with Pattern Play - Diamond Stamp Set and heat embossed the background image using Versamark and Antique Gold Embossing Powder on Blueberry Sky Cardstock. I stamped a large enough piece that the whole stamp covered it.  That allowed me to select the portion I wanted when I die cut that panel. There is also a row of three solid diamonds that you can stamp into the pattern in this image to do all of them or some of them.  I like to mix it up by stamping in a pattern that might not be noticeable at first glance and also by leaving some without the stamping in the full shape.  So I used two different ink colors in addition to being a less normal color such as white.  Don't get me wrong, I love my white space but I can also appreciate a different look from time to time.  I used Blueberry Sky and Enchanted Evening Inks for this part of the stamping.  Because I hadn't used the stamps before I ended up not getting very smooth results, so I found a couple of Copic Markers that were the same colors and touched up any of the bare spots.  I love the look of this because it's not fussy.  My "go to" for guys tends to be black and gold and guys do like that, but I sent him something in that color scheme last year, so I was looking to do something different. 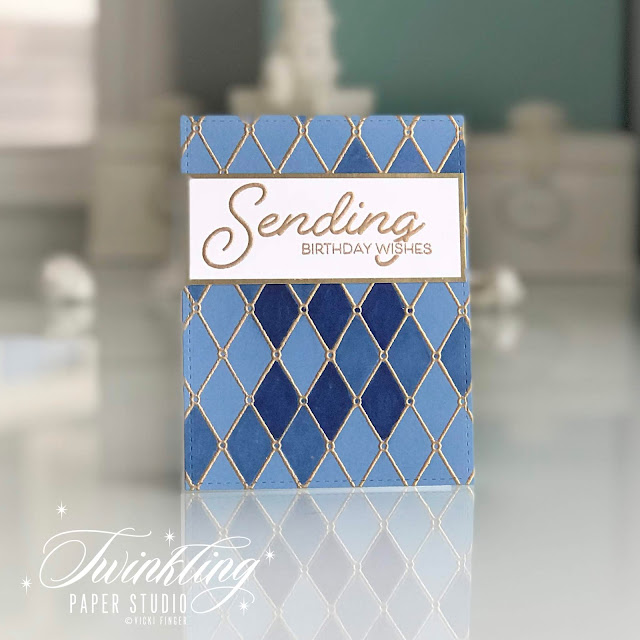 The whole idea behind "With a Twist" is to do what you normally would, but with an unexpected twist in some form - unusual color combinations, size, shape or whatever you might like is okay.  I had posted a picture on Instagram for another card I made for this class because I couldn't decide if the funky leaf color was a "yay' or "nay" and I was surprised at the overwhelming "yay". 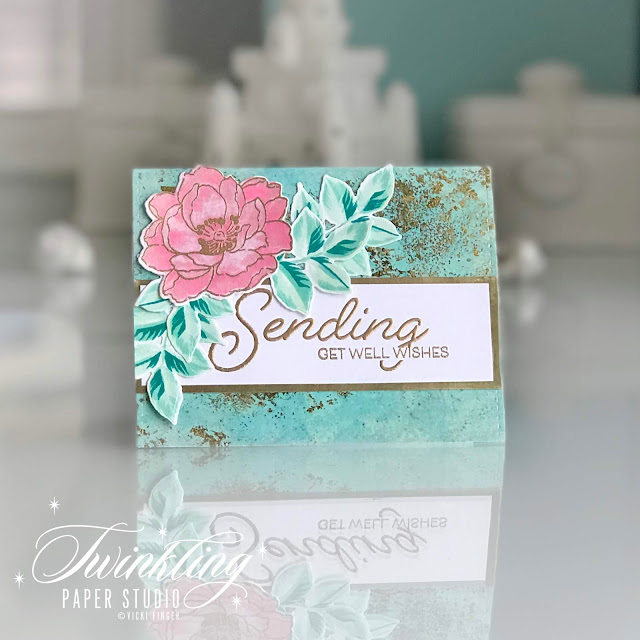 These leaves were some that were already stamped as was the bloom so it made it very easy to pull a quick "Get Well" card together.  The background is one of many I created previously using Alcohol Inks and then adding foil with my Minc Machine.  This particular one was done on the heavy weight Yupo so when I tried to die cut a word out of the middle, I had a big mess.  It stretched and warped the Yupo but did not cut all the way through even in the Gemini. I saved it by putting the sentiment banner across where the stretched out portion was where I tried to die cut it.  I am so glad I could salvage it because it was one of my favorite backgrounds.

I've linked the supplies I've used below for your convenience.  Affiliate Links are used wherever possible to help support my blog.  Thank you so much for stopping by today!  I hope you enjoyed my projects!