Today is a quick, no frills post for you because I am about to run out of time to post an entry to The Paper Players Challenge #350 which is a sketch challenge this week.

Yesterday's mail brought my Bouquet of Thanks Bundle from the most recent Simon Says Stamp Release and I knew right away that I wanted to use it for this sketch.  That particular bundle came with the Thanks Die, the Bouquet Die and the stamp set. 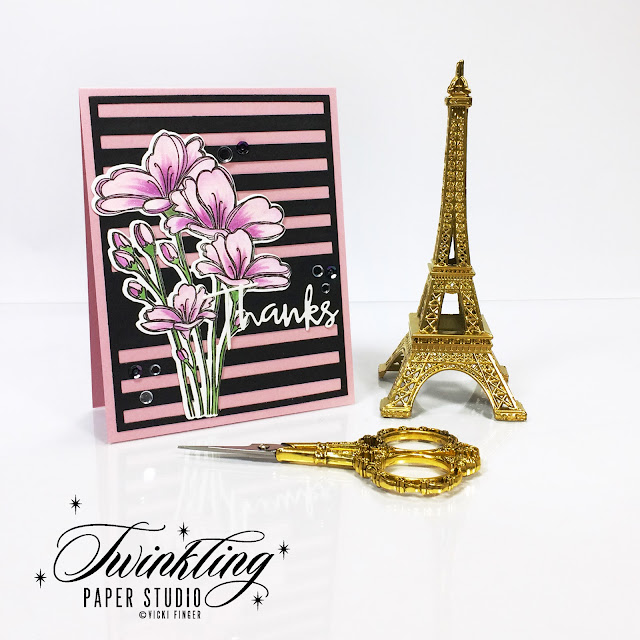 I've been practicing this week with my Copic Markers and I wanted to continue with that trend as I am getting a little more comfortable with them each time I use them. At this time, I think my issue is with the paper I'm using. 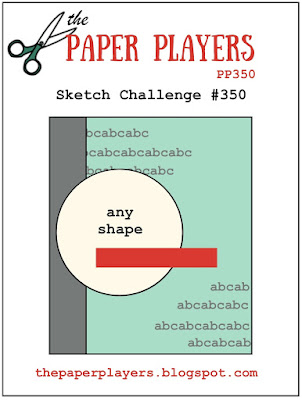 For the style of this image, I stamped it using Simon Says Stamp Intense Black Ink.  I used a single color marker on the stems (G24).  For the blooms, I used 4 colors; RV00, RV52, RV63, and V12. As in my other projects this week, this is very simple Copic coloring.  I'm trying to get more comfortable with the way the markers move and feel on the paper, so I just wanted to keep it simple. To that end, I ordered some X-Press It Paper made specifically for Copic Markers. I've used some super silky paper at CHA this year in the Spectrum Noir Booth and I'm looking for something that feels similar. I'll have to let you know later if it worked out or not.  Once I had it all colored, I went over all of the flowers with Wink of Stella Clear Shimmer then die cut it with the coordinating die. 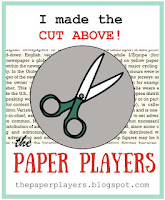 To assemble my card, I started with a Top Folding Card Base made from Lavender Moon Cardstock. I die cut the MFT Striped Sentiment Cover Plate from True Black Cardstock and popped out the cut outs so the Lavender Moon could show through.  I adhered the flowers with Ranger Multi Medium Matte.  I cut the "Thanks" from a scrap of iridescent white cardstock and a few sparkling confetti and iridescent black sequins finished off my card.

I'm going to link this card up over at the Simon Says Stamp Wednesday Challenge for a second entry this week as well.  Thanks so much for stopping by today.  I hope you'll come back soon.

This card won A Cut Above at The Paper Players
Posted by Vicki Finger at 7:17 AM